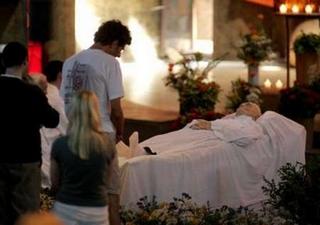 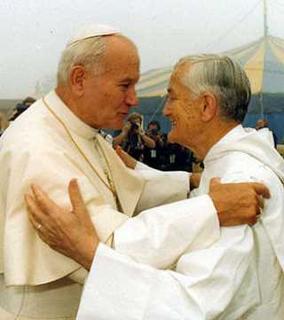 I believe that Brother Roger may become the first Protestant to be canonized a saint by the Catholic Church...killed while praying Vespers...

From Zenit News Agency - The World Seen From Rome:

"The founder of the French religious Taize Community, Brother Roger, was attacked and killed by a mentally disturbed man during vespers, his community said.

Roger, 90, was attacked, probably with a knife, during evening prayer today at Taize, near Cluny, in the eastern Burgundy region, a member of the community told Agence France-Presse.

Benedict XVI also noted that, in his letter, Brother Roger said he intended to come to Rome and that the Taizé community wanted to walk with the new Pope.

“In this moment of sadness we can only commend to the Lord’s goodness the soul of His faithful servant who has reached eternal happiness,” the Pope added.