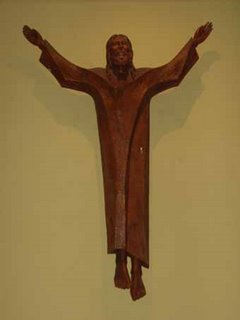 Could this signal the crucifixion of those in the Church of "what's happening now"?

According to the source, the announcement could come “between Holy Thursday and Easter Sunday,” but the exact day has not yet been set. Nevertheless, the source said the decision has already been made by the Holy Father and that it’s “only a matter of time” before it is publicly announced.

“A minor official gesture by the Holy Father would be enough to allow the Mass according to the 1962 Missal to celebrated by whoever desires to do so, thus reiterating that this rite is still valid today simply because it was not abolished,” the source told CNA.

The announcement would be in the context of “the reform of the reform” that Pope Benedict XVI is promoting, which includes norms and principles that will be made public in the upcoming post-synod Apostolic Exhortation on the Eucharist.