Pope Gregory the Great Model for all Administrators 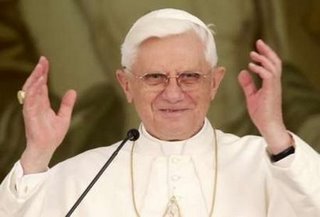 From the Sunday Angelus at Asia News Italy:

Benedict XVI emphasized the resistance of Gregory to becoming pope, perhaps also thinking back to his own election and, prior to that, his work in Rome as prefect for the Congregation for the Doctrine of the Faith. Gregory “sought in every way to avert his appointment, but at the end, he had to surrender and, reluctantly leaving the cloisters, he dedicated himself to the community, aware that he was carrying out his duty and of being a simple ‘servant of the servants of God’. ‘Neither is he truly humble, who understands how the good pleasure of the Supernal Will ought to bear sway, and yet contemns its sway. But, submitting himself to the divine disposals, and averse from the vice of obstinacy, it being already prevented with gifts whereby he may profit others also, he ought, when enjoined to undertake supreme rule, in his heart to flee from it, but against his will to obey’ (Pastoral Rule 1,6).”

Benedict XVI then outlined the commitments of St Gregory the Great in the field of liturgy, reform of the clergy, and efforts to integrate the Barbarian and Roman peoples: “With prophetic foresight, Gregory intuited that a new civilization was emerging from the encounter between the Roman heritage and the so-called ‘Barbarian’ peoples, thanks to the cohesive force and moral elevation of Christianity. Monasticism proved to be a source of richness not only for the Church but for the entire society. In poor health but of strong moral temperament, Gregory the Great undertook intense pastoral and civil activities. He left behind a vast body of correspondence, awesome homilies, a renowned commentary on the Book of Job and writings on the life of St Benedict, apart from numerous liturgical texts, famous for the reform of chant that was named ‘Gregorian’ after him. But his most celebrated work is doubtless Pastoral Rule, which for the clergy had the same importance as the Rule of St Benedict had for monks in the Middle Ages.”

Gregory the Great also inspired Vatican Council II: “The life of a shepherd of souls must be a balanced synthesis of contemplation and action, animated by the love that ‘rises wonderfully to high things when it is compassionately drawn to the low things of neighbours; and the more kindly it descends to the weak things of this world, the more vigorously it recurs to the things on high’ (II,5). The Fathers of Vatican Council II were inspired by this ever relevant teaching to describe the image of the Shepherd of our times.” The final prayer was to the Virgin Mary, “that the example and teaching of St Gregory the Great may be followed by Shepherds of the Church and also by managers of civil institutions.”