Fatima and Pope's Trip to Brazil 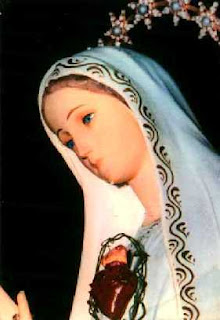 Which concludes on the anniversary of the first Marian apparition at Fatima in Portugal on May 13th 1917 (90 years ago this Sunday). The pope was asked about this coincidence of being in a country where Portugese is spoken...

Tenth Question (from Catholic radio in Portugal):
Your Holiness, good morning. I’m from Portugal. The Portuguese are following and praying for this trip, which coincides with May 13, the 90th anniversary of the apparitions of Fatima. Do you want to offer us a word about this coincidence, also for the Portuguese people?

Yes, for me it’s really a sign of providence that my visit to Aparecida, the great Marian sanctuary of Brazil, coincides with the 90th anniversary of the apparitions of the Madonna of Fatima.

It’s always the Mother of God, always Mary, and yet in a certain sense she’s ‘inculturated,’ with her specific face wherever she is – in Aparecida, in Fatima, in Lourdes, in all the countries of the earth. Thus, she reveals herself as a mother who is close to everyone, and everyone can come close to one another through her maternal love.

This connection which the Madonna creates among the continents, among the cultures, because she’s close to every culture and yet she unites them all, seems important to me – this specificity of the cultures, all of which have their riches, yet leading to communion in the one family of God.
Posted by Amy Welborn at 8:40 AM