The Pope in Assisi 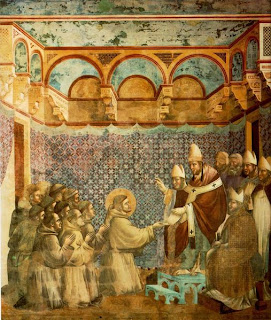 I began to watch the live coverage of this at 4:00 a.m. this morning, but fell asleep during the Gospel, here is what I missed (and I suspect you did too)from Asia News Italy: