A modest dumping of snow last night. Most of it is gone already. But the cold air remains.
Posted by Amy Welborn at 11:16 AM No comments:

Email ThisBlogThis!Share to TwitterShare to FacebookShare to Pinterest
Labels: Michael Dubruiel
Things to do in Milwaukee while waiting for a meeting...

A visit to Gesu Church on the campus of Marquette will probably not be as dramatic as mine was this past week. After climbing the wooden steps to the top I came face to face with a dead priest lying in an open coffin. Next to the coffin was a collage of sorts saying goodbye to Father Joe, evidently the priest who was lying in the coffin. No one else was around at the time. There was no kneeler by the coffin, but I did pause to say a prayer for the deceased father.

There is a great Catholic bookstore on W. Greenfield called Catholic Book and Gift that is well worth a visit.

I could spend an entire day just gazing at the art that adorns the Basilica of St. Josaphat's.

A great place for lunch is Joey Buona's on Water St. I ordered a sandwich for a very modest price and it was delivered with a large bowl of soup and homemade chips. Very tasty and what a deal! Great service there too! 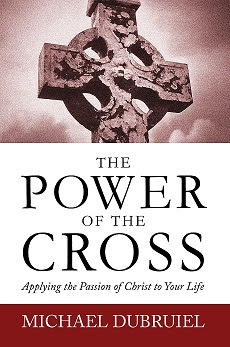 Somewhat of a shocker

A Bosnian priest allegedly removed for sexual misconduct has been banned from taking part in a prayer vigil today at the National Shrine of the Immaculate Conception after Archdiocese of Washington officials learned of his suspension.

The Diocese of Mostar-Duvno in Bosnia alerted officials on the eve of the event that the Rev. Jozo Zovko is under censure, a shrine spokesman said.

I hadn't heard anything about this. Given the popularity of Medjugordje it seems it would have made a bigger headline over here, at least in the Catholic Press.
Posted by Amy Welborn at 7:49 AM No comments:

On the eve of number 44 I'm home with a sinus infection watching it snow outside.
Posted by Amy Welborn at 9:49 AM No comments:

The DRUDGE REPORT 2002®has a photo of Michael Jackson

that as he says is "so tragic it defies description."
Posted by Amy Welborn at 4:43 AM No comments:

A great piece on Warren Zevon from Rolling Stone:

"I don't remember stardom with any longing," Zevon says. "It was a brief opportunity to be rude: 'Fire that opening act. I don't like the way he looked at me.' My success was a fluke. I was a folk singer who accidentally had one big hit."

Zevon's recent sales are modest but solid: Life'll Kill Ya has sold 80,000 copies in North America, My Ride's Here about 50,000. But he has what Browne calls "the success that matters: this very loyal following of people who truly get him. There's no greater success than being loved and admired for what you really do."

If there is anything I've learned in life is that truly great artists are people who are not loved by the masses but as Jackson Browne says above by "very loyal following of people who truly get him."

Another interesting tidbit in the piece is that WZ seems to be flirting with Catholicism in his last days...

Or about what he might find on the other side. "No" -- that is Zevon's firm answer when asked if he has given any thought to his impending afterlife. "I'm too busy. I might change my mind in a week. Sometimes I go to Mass with my ex-girlfriend. Maybe I'll go to Mass with my ex on Saturday night and decide I want the priest to give me instruction, fast and furious.

Mass on Saturday night is a very Catholic thing...(of the last thirty plus years anyways).
Posted by Amy Welborn at 5:03 AM No comments:

Why do the heathen rage?

The Catholic Shopper has my new book featured as a bestseller!

Email ThisBlogThis!Share to TwitterShare to FacebookShare to Pinterest
Labels: Michael Dubruiel
Why warm days in November are not a good thing

Two others were killed to the northeast when twisters flipped a mobile home in Putnam County.

One of the people killed was ejected from a car when the storm hit, said Jack Snyder, spokesman for the Van Wert County Emergency Management Agency.

Van Wert, Ohio is about 30 miles from Fort Wayne.

Posted by Amy Welborn at 5:21 AM No comments:

Email ThisBlogThis!Share to TwitterShare to FacebookShare to Pinterest
Labels: Michael Dubruiel
A Couple of Jokes from my friend Hank Morgan:

No one can explain this as well as Cliff Clavin did on the TV show Cheers. One day at Cheers, Cliff was explaining the Buffalo Theory

"The buffalo herd can only move as fast as the slowest buffalo. And when the herd is hunted, it is the slowest and weakest ones at the back that are killed first. Thus the general speed and health of the herd keeps improving by the regular killing of the weakest members."

"In much the same way, the human brain can only operate as fast as the slowest brain cells, and excessive intake of alcohol, as we know, kills brain cells. But naturally it attacks the slowest and weakest brain cell first. In this way, regular consumption of beer eliminates the weaker brain cells, making the brain a faster and more efficient machine.

That's why you're always smarter after a few beers."

A big city California lawyer went duck hunting in rural Texas. He shot and dropped a bird, but it fell into a farmer's field on

the other side of a fence. As the lawyer climbed over the fence, an elderly farmer drove up on his tractor and asked him what he was doing.

The litigator responded, "I shot a duck and it fell in this field, and now I'm going in to retrieve it."

The old farmer replied. "This is my property, and you are not coming over here."

The indignant lawyer said, "I am one of the best trial attorneys in the U.S. and, if you don't let me get that duck, I'll sue you and take

The old farmer smiled and said, "Apparently, you don't know how we do things in Texas. We settle small disagreements like this with the "Texas Three Kick Rule."

The lawyer asked, "What is the Texas Three Kick Rule?"

The Farmer replied. "Well, first I kick you three times and then you kick me three times, and so on, back and forth, until someone gives up."

The attorney quickly thought about the proposed contest and decided that he could easily take the old codger. He agreed to abide by the local custom. The old farmer slowly climbed down from the tractor and walked up to the city feller. His first kick planted the toe of his heavy work boot into the lawyer's groin and dropped him to his knees. His second kick nearly ripped the man's nose off his face. The barrister was flat on his belly when the farmer's third kick to a kidney nearly caused him to give up.

The lawyer summoned every bit of his will and managed to get to his feet and said, "Okay, you old coot now it's my turn."

The old farmer smiled and said, "Naw, I give up. You can have the duck."
Posted by Amy Welborn at 5:13 AM No comments:

Envoy Magazine has launced a new blog with some great contributors. Check it out!
Posted by Amy Welborn at 4:47 AM No comments:

Altman believes that the second half was actually written in the 3rd or 4th century, while Paul Flesher at the University of Wyoming, an expert on Hebraicized Aramaic dialects, dates it anywhere between the 2nd and 7th centuries.
Posted by Amy Welborn at 4:37 AM No comments: