Hanks Speaks Out About DaVinci Paranoia 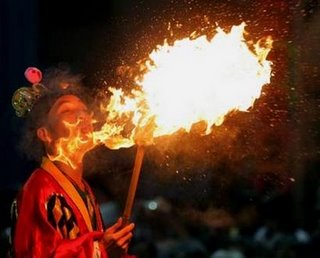 From the BBC News:

Da Vinci Code star Tom Hanks has said the film of Dan Brown's controversial best-seller is just "a good story" that should not be taken too seriously.

The actor told London's Evening Standard newspaper the film was loaded with "hooey" and "nonsense".

"If you are going to take any sort of movie at face value, particularly a huge-budget motion picture like this, you'd be making a very big mistake."
Posted by Amy Welborn at 7:07 AM